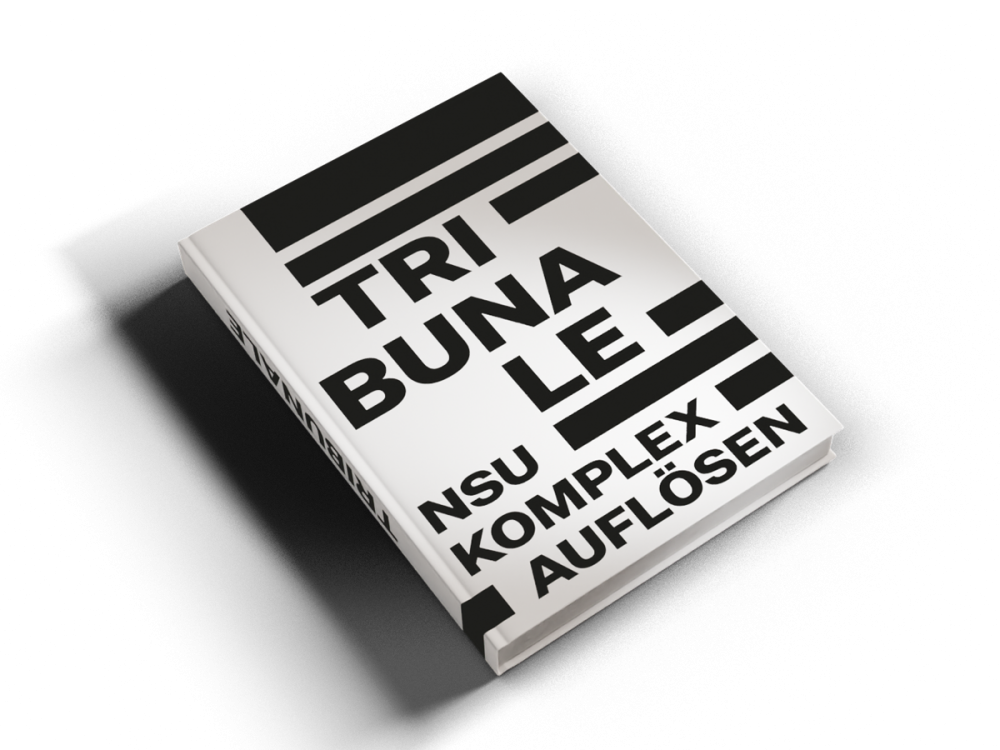 ”We accuse!” At three tribunals, the Aktionsbündnis NSU-Komplex auflösen! (Action Alliance to ‘Dissolve the NSU Complex!‘), together with those affected by NSU terror and racist violence, have publicly accused over 120 persons responsible in the NSU complex. As counteraccusations to the narrative of the state they reveal the continuity of racism in Germany. This hardback edition encompasses for the first time all three charges of the NSU tribunals (2017 Köln, 2018 Mannheim, 2019 Chemnitz/Zwickau).

The NSU-trial was probably one of the most important political trials of the past decades in Germany. While shredded files and locked reports of the Federal Office for the Protection of the Constitution, large memory gaps and the blatantly obvious lies of officials determined the trial, the idea of a counter-tribunal arose. At the centre of the three trials stood those affected by racist and Nazi violence. Their migration-related expertise on racism, their experiences, their suffering and their battles became visible and audible. For years, they had been criminalised as offenders through the racist prejudices of politics, the police, the Federal Office for the Protection of the Constitution, the judiciary system and the media. The residents of Keupstraße in Köln ([nailbomb attack of the NSU in 2004) depict this stigmatisation by the media as a “bomb after the bomb”.

Still today, the ‘“NSU as a network of comrades“ lives on. The verdict passed in the official NSU-trial is tantamount to an encouragement of Neo-Nazis to emulate the NSU, something that is exemplified by the terrorist attacks in Halle and Hanau, the murder of Walter Lübcke and the 15-year-old Arkan Hussein Kh., as well as the threat emails sent by the NSU 2.0. The demand for denazification under the appeal “Kein Schlussstrich!“ (“No closure!”) remains more relevant now than ever.

In 20217, the alliance was awarded the Antonio-Amadeu-Prize.