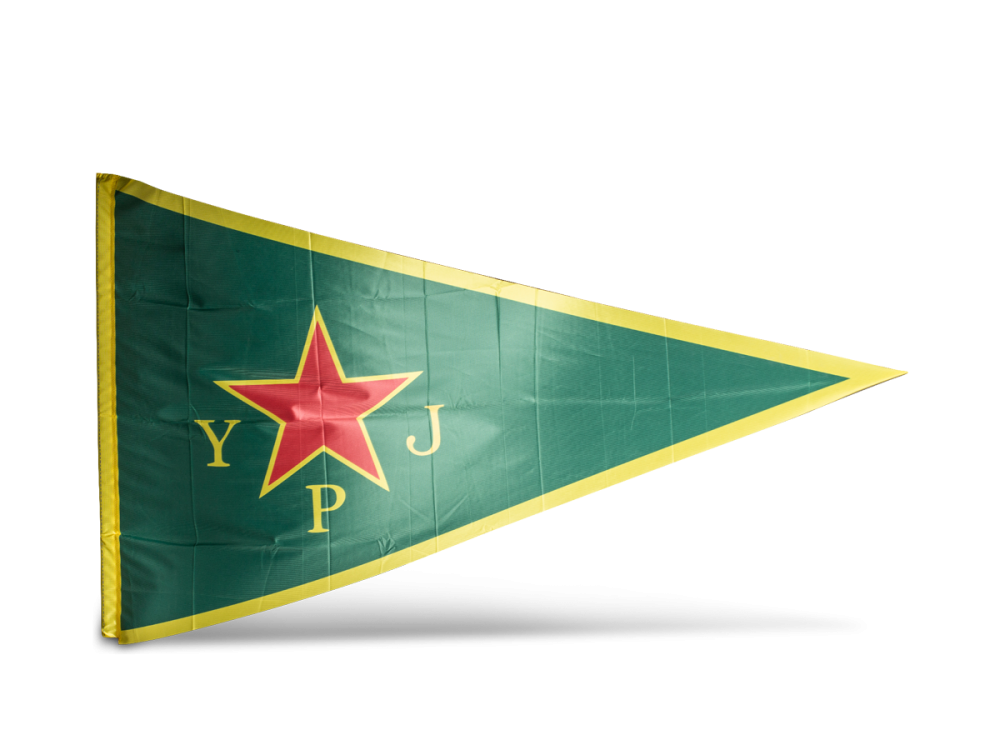 Local self-governance, direct democracy, gender equality, adherence to a social contract, a communal economy and sustainable ecology are the basic constitutional principles of the autonomous region of Rojava (meaning ‘west’ in Kurdish), which was established in 2012. In the middle of the Syrian civil war, Kurdish, Assyrian, Arabian and other peoples in the region came together to form People’s Defense Units YPG/YPJ and created a democracy beyond the nation state, capitalism and the patriarchy. The Kurdish women’s movement and the feminist women’s fighting units YPJ take on a central role in this radical democratic leftist model of society.

In stark contrast to this, Kurdish women and men experience massive repression in Germany for their commitment: house searches, demonstration bans, prison sentences. Displaying political symbols, since 2017 also the YPJ flag, can be reason enough for a criminal prosecution.

In a controversial decision in 2019, the Kurdish book publisher Mezopotamien (‘Mezopotamia’) was banned and, as a consequence of this, one of the largest archives world-wide for Kurdish literature and music was confiscated. Again and again, the Federal Ministry for Internal Affairs follows the authoritarian Kurdish policy of the Erdoğan government, while German arms exports to Turkey fuel the war against the Kurds.

The flag exhibited here comes from the Kurdish association UTA Frauenrat e.V.. Even though the association only carries out artistic and cultural activities, it has been placed under observation by the Federal Office for the Protection of the Constitution and thus lost its non-profit status in 2019.